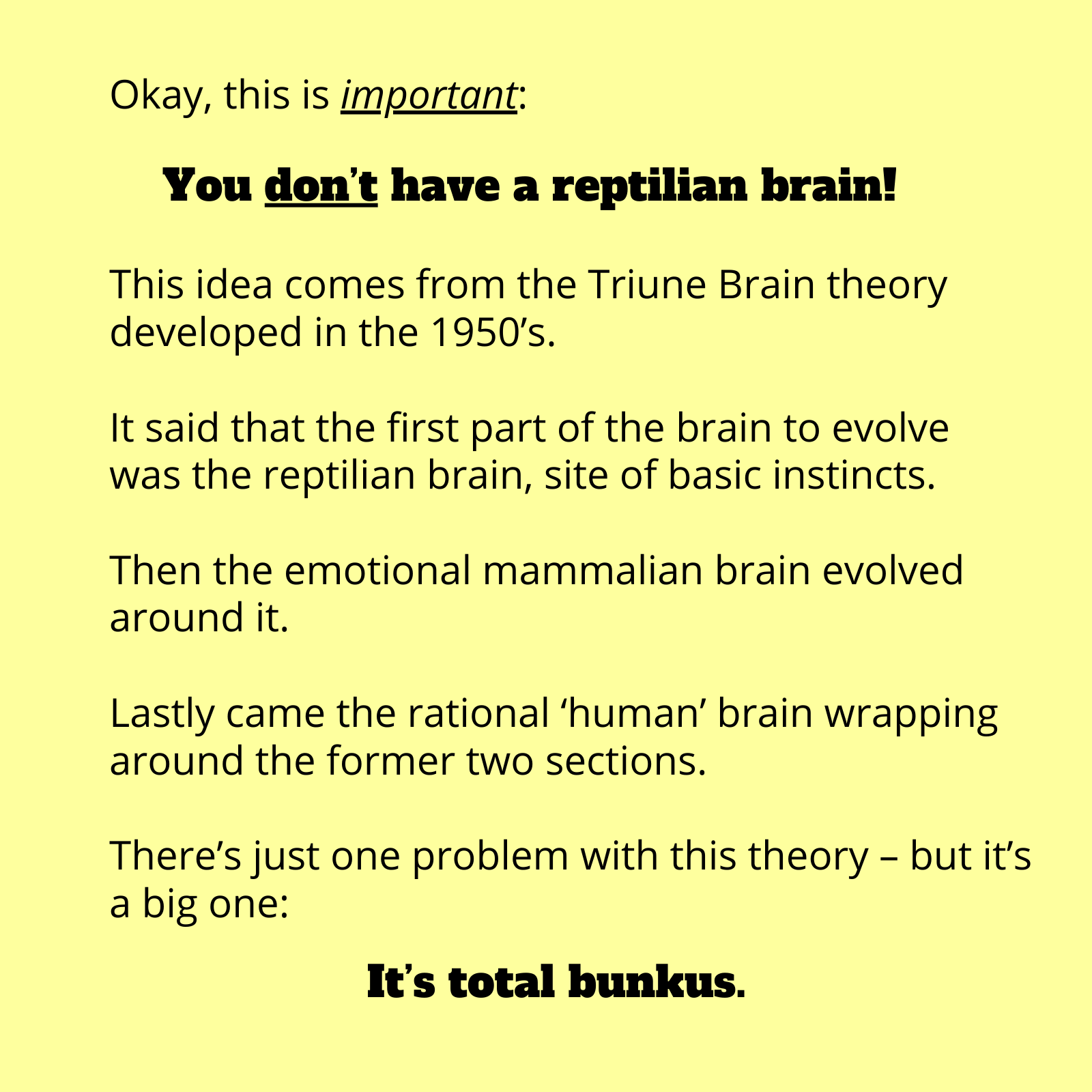 Okay, this is important:

You don’t have a reptilian brain!

This idea comes from the Triune Brain theory developed in the 1950’s.

It said that the 1st part of the brain to evolve was the reptilian brain, site of basic instincts.

Then the emotional mammalian brain evolved around it.

There’s just one problem with this theory – but it’s a big one:

That is not how your or anybody’s else’s brain evolved.

You do not have a reptilian brain.

I don’t know how this idea became so firmly established. But I constantly hear people referring to the reptilian brain.

It bothers me because of how damaging this kind of thinking is.

It proposes that you have this hostile force inside of your brain. You constantly have to remain on high alert against its threat to take you down.

This is not the road to mental and emotional health.

It’s not the path to reaching your potential.

It’s a piece of the wider paradigm of self-as-enemy that is so entrenched in our world. It creates disconnect in your psyche, destroys your self-trust, and is exhausting.

It’s another form of fear-based thinking.

Subscribers to this theory waste precious time and energy fighting an enemy that doesn’t exist.

So, the next time you hear someone espousing the reptilian brain, turn away and seek yourself-as-ally. Your mental and emotional health will thank you.