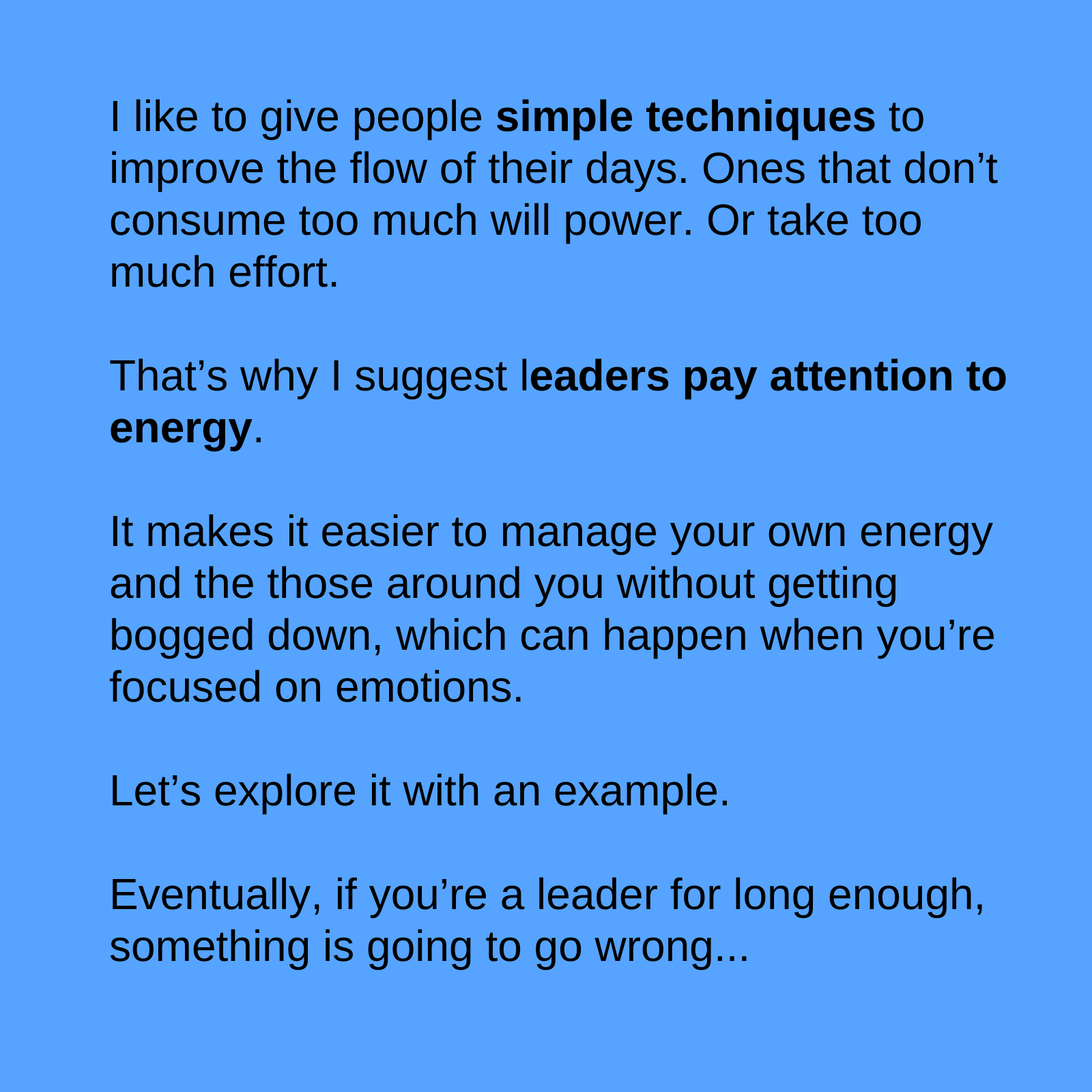 I like to give people simple techniques to improve the flow of their days. Ones that don’t consume too much will power. Or take too much effort.

That’s why I suggest leaders pay attention to energy.

It makes it easier to manage your own energy and the those around you without getting bogged down, which can happen when you’re focused on emotions.

Let’s explore it with an example.

Eventually, if you’re a leader for long enough, something is going to go wrong.

Maybe you make a mistake. Maybe it’s something else, but you’re the leader so it’s your responsibility.

Imagine in this scenario, it’s a big enough crisis that you’ve got to meet with stakeholders.

You’re nervous. After all, you’re going to be entering a room of pretty upset people.

What normally starts to happen in this scenario is that your energy starts to take a dive.

There’s something called emotional resonance. It’s the tendency for you to move to the energy of the emotion someone else is feeling.

Think of it like a tuning fork. If you were to put several different-sized tuning forks in a room, and strike one of them, other tuning forks with that frequency would start humming faintly.

Quite often, we move into emotional resonance with others. That’s a problem when it’s taking you downward.

It’s a problem in our scenario. If you match the energy and emotions of the people who are upset, chances are the meeting isn’t going to go well. No one is at their thinking best when agitated and upset. That’s when things spiral in directions you don’t want to go.

But awareness of energy gives you the chance to change it. You can work with your own fears, anxiety and upset before heading for the meeting, so that you bring your energy back up to a place where you can problem-solve well.

You can keep the awareness of energy as you enter and become involved in the meeting, keeping your own on an even keel rather than defaulting to the energies of those in the room.