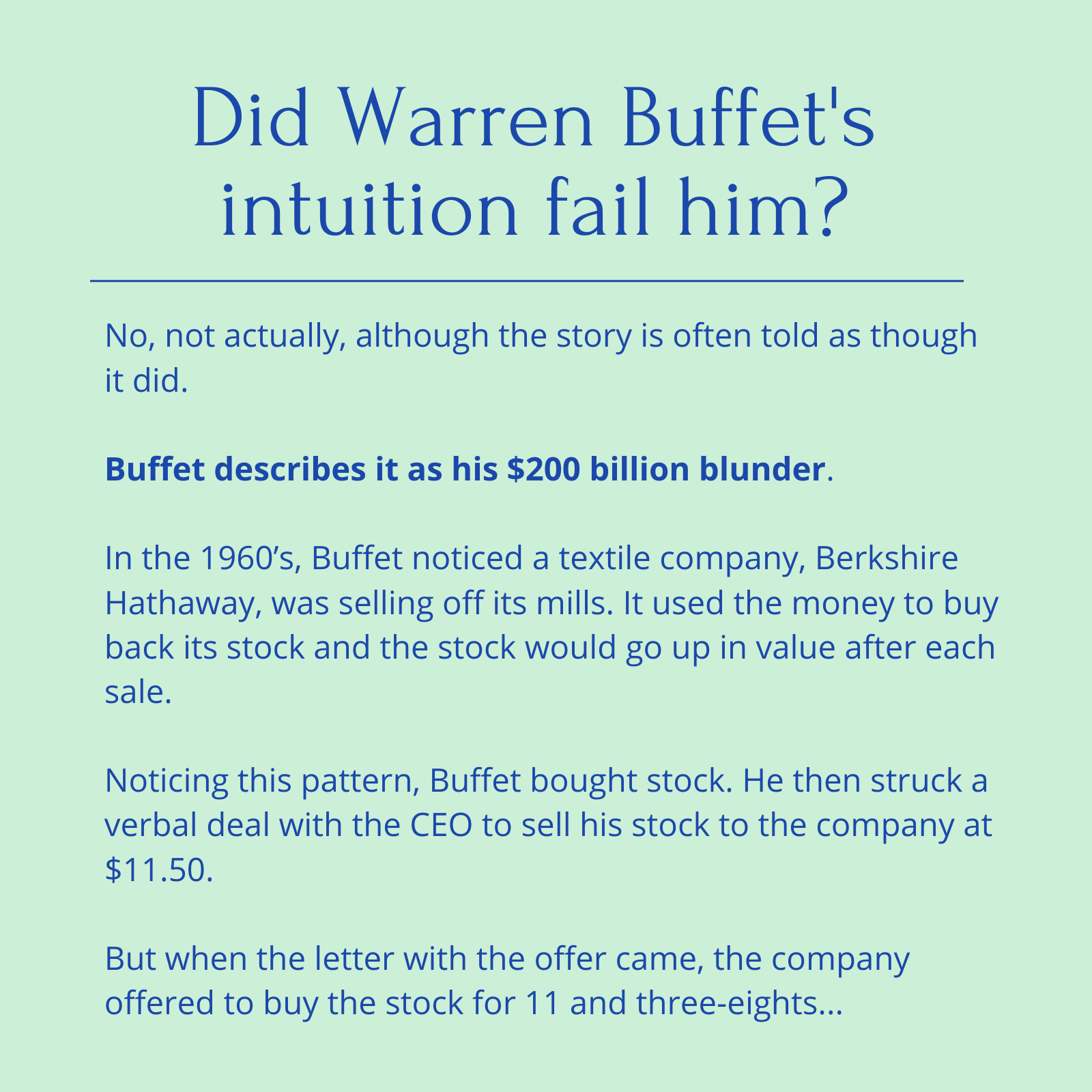 Did Warren Buffet’s intuition fail him?

No, not actually, although the story is often told as though it did.

Buffet describes it as his $200 billion blunder.

In the 1960’s, Buffet noticed a textile company, Berkshire Hathaway, was selling off its mills. It used the money to buy back its stock and the stock would go up in value after each sale.

Noticing this pattern, Buffet bought stock. He then struck a verbal deal with the CEO to sell his stock to the company at $11.50.

But when the letter with the offer came, the company offered to buy the stock for 11 and three-eights.

Buffet was ticked. He felt he’d been cheated out of an eight of a point.

He began buying Berkshire Hathaway stock until he had majority control of the company. Then he fired the CEO.

Buffet now owned a failing business. He poured millions into it for 2 decades before giving up.

When Buffet tells this story, he refers to it as his youthful intuitive mistake. He regrets the immense amount it cost his shareholders.

But here’s the thing. Buffet wasn’t following his intuition.

If he’d taken the time to listen inwardly, he would have realized that the prompting he was following was not his intuition but rather feelings of anger and revenge.

In fact, those feelings were getting in the way of him hearing his intuition.

Had he processed those feelings of anger and revenge and connected to his intuition, he would have moved on to better investments, saving himself 2 decades of headache and he and his stakeholders a lot of money.