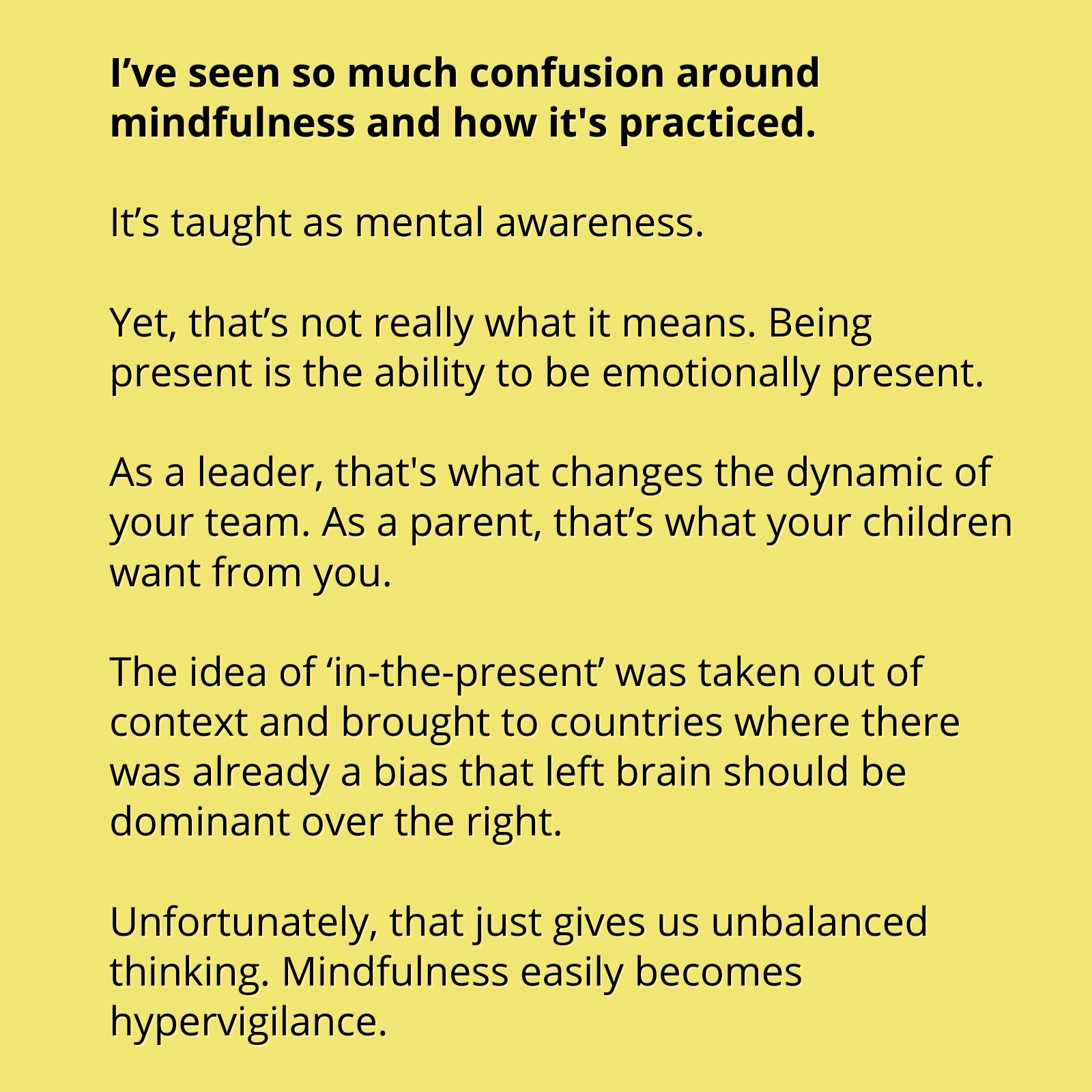 I’ve seen so much confusion around mindfulness.

Yet, that’s not really what it means. Being present is the ability to be emotionally present.

As a leader, that changes the dynamic of your team. As a parent, that’s what your children want from you.

The idea of ‘in-the-present’ was taken out of context and brought to countries where there was already a bias that left brain should be dominant over the right.

Being emotionally present is the opposite. It’s like being comfortable in your own skin, like coming home to yourself.

I’ve spent time talking to Directors of Mindfulness at big companies. They were some of the least mindful conversations. It showed me the depth of misunderstanding. One commented she was being mindful because she’d turned off her phone during the meeting.

What concerns me more is the potential for damage. Pushing yourself to be mentally aware can artificially keep your brain in beta. That’s exhausting. Your brain needs recovery time in other states. Beta is also limited. It’s good for tasks, but you’re cut off creativity and other kinds of knowledge.