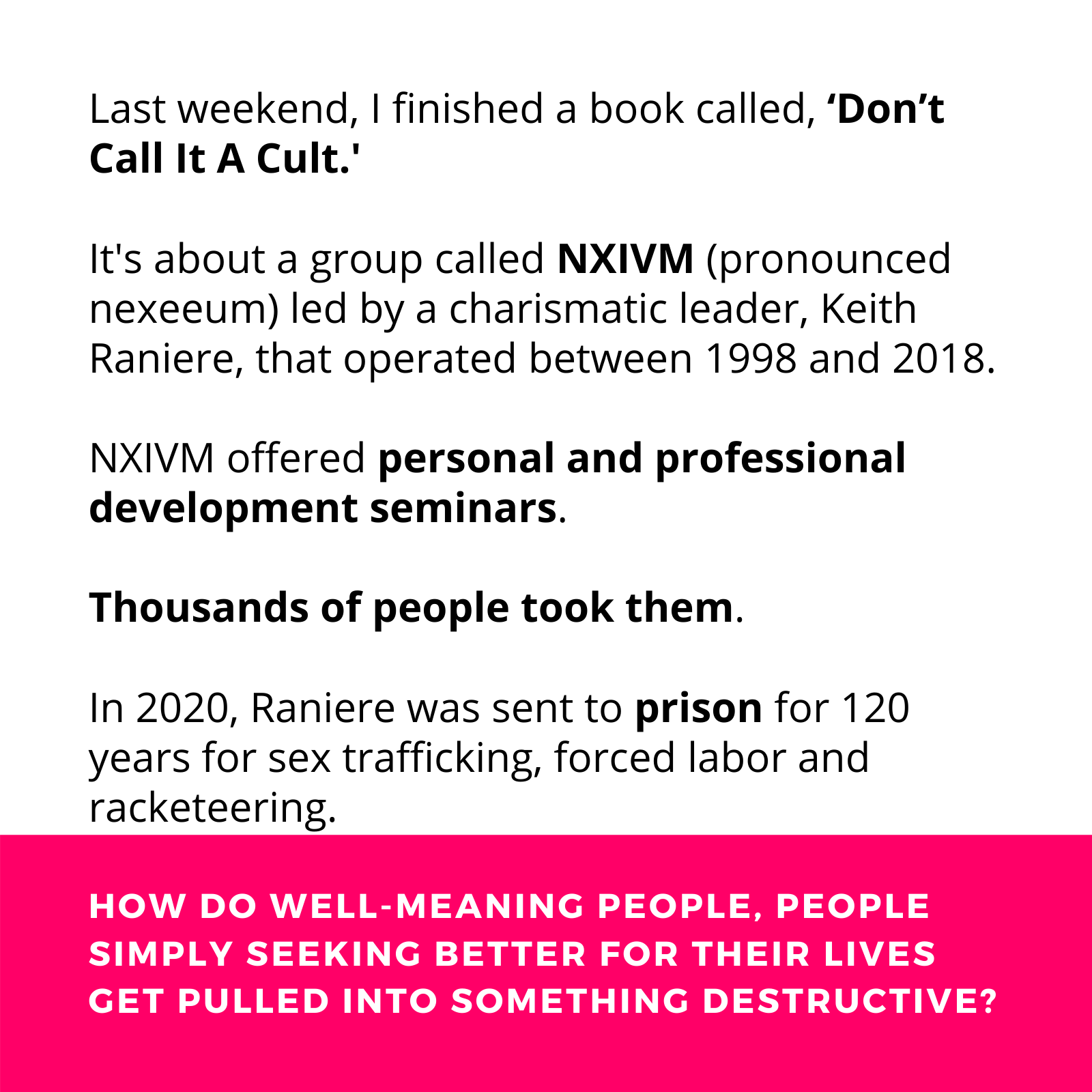 Last weekend, I finished a book called, ‘Don’t Call It A Cult.’

It’s about a group called NXIVM (pronounced nexeeum) led by a charismatic leader, Keith Raniere, that operated between 1998 and 2018.

Thousands of people took them.

In 2020, Raniere was sent to prison for 120 years for sex trafficking, forced labor and racketeering.

I read these things for insight into emotions and people dynamics.

How do well-meaning people, people who were simply seeking better for their lives get pulled into something destructive?

So, I was very curious when I found this part that talked about how the leaders kept people in harmful situations.

One NXVIM teaching was that you choose your own emotions.

So, when people were told, for example, to do something they didn’t like and began to react negatively, leaders would clap back telling them that their emotions were a choice and to get it together and choose the right ones.

In doing so they got people to ignore and stuff their own experiences – and ultimately, to act in ways that went against their values and were damaging to them.

I might not have thought as much about this, except for a recent LinkedIn post I saw on mental health which told people they had responsibility for their emotions and the solution to the negative ones was to choose positive emotions.

Anyone who has experienced depression knows this is not true. Emotions are not about will power and trying to power through.

So why are we still seeing this idea all around us?