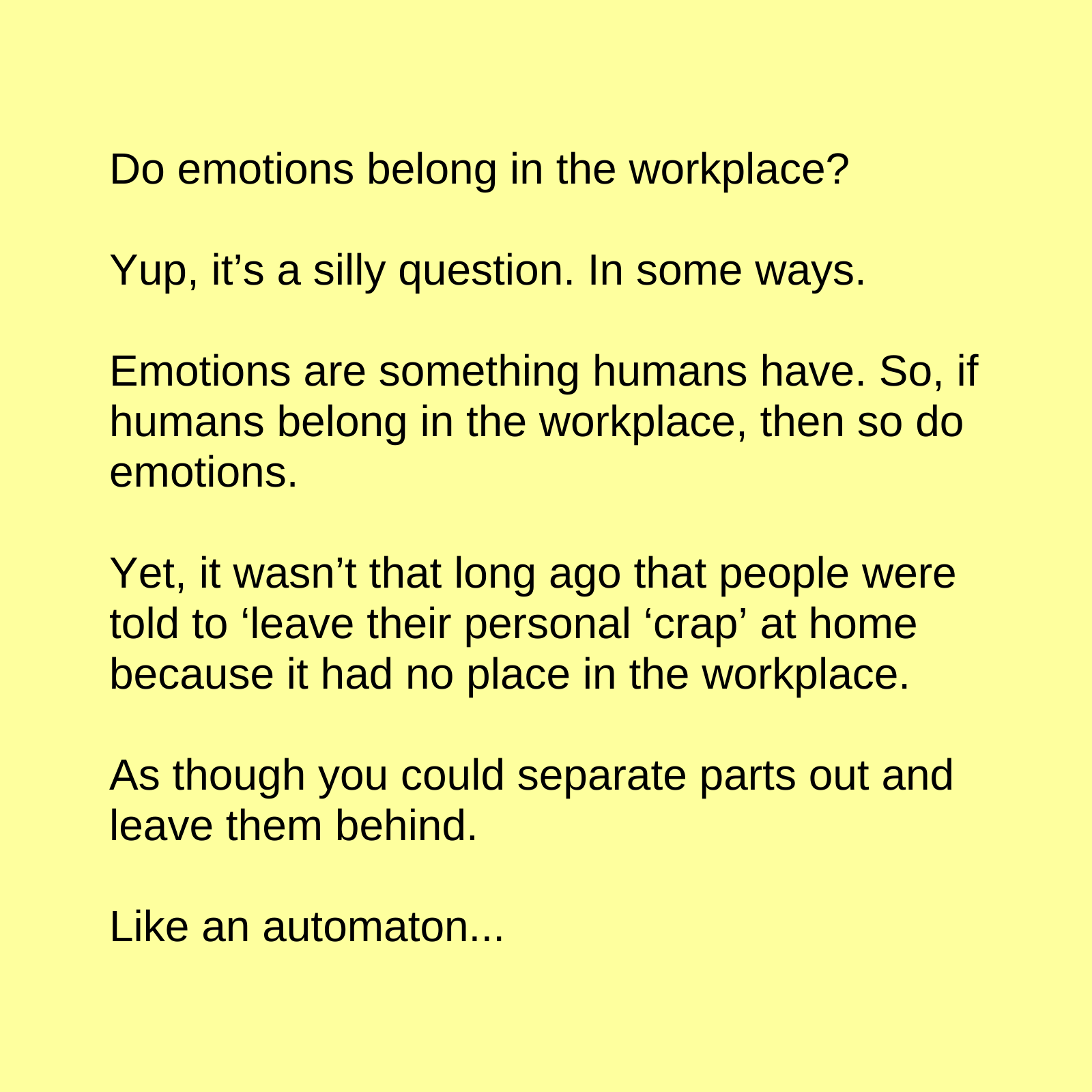 Do emotions belong in the workplace?

Yup, it’s a silly question. In some ways.

Emotions are something humans have. So, if humans belong in the workplace, then so do emotions.

Yet, it wasn’t that long ago that people were told to ‘leave their personal ‘crap’ at home because it had no place in the workplace.

As though you could separate parts out and leave them behind.

It’s led to tons of disconnection. Getting off track.

Leaders using will, temper, voice to try to move and motivate people. Stressed.

You don’t get those things in cardboard cut-outs.