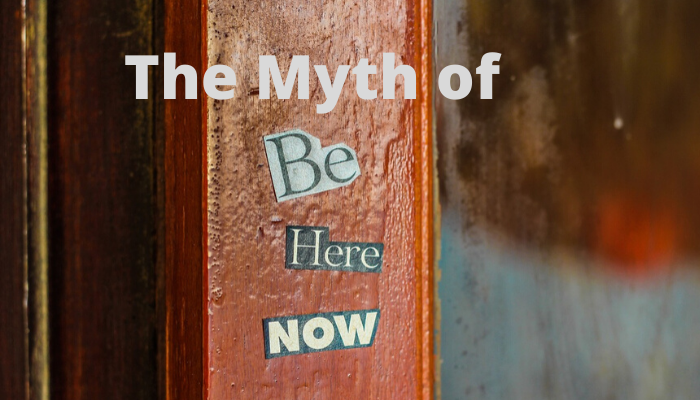 For quite some time now various speakers and authors as well as the mindfulness movement have plugged the idea of being in the present.

The problem is that it’s a myth. Worse, it’s a myth that can lead to harm.

There is an element of helpfulness to the idea of being in the now. It keeps you from casting your mind into the past and focusing on anger or resentment or projecting into the future and producing anxiety.

Too often, though, in-the-now is a mentally controlling, fear-based effort. Some speakers even talk about how you should avoid your ‘stories’ or your emotional pain.

True in-the-present is not being in the now mentally, as has become associated with mindfulness. It’s being present emotionally. That’s much more difficult as we’ve been taught certain emotions are bad.

The reason why in-the-present is a myth is because there is no single ‘now’. Our consciousness is extremely complex and multi-layered. In fact, we’re just beginning to tap its possibilities.

A better concept is awareness. Awareness means that you can move your attention to the most advantageous place in the moment and you can move easily amongst different states of consciousness. That empowers you. It unlocks choice and enables you to access more potential.