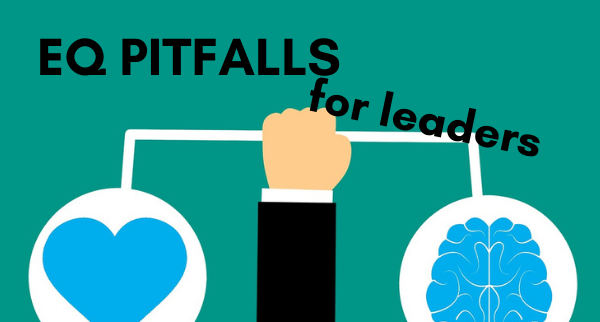 Emotions have massive impact on our thinking, decision making, and lives – in ways we’re only beginning to understand. There isn’t anyone who doesn’t struggle with challenging emotions. Emotions are powerful. They’re at the base of stress and addiction. They’re why we get stuck in our heads. They cause us to do things unconsciously. They even tell us the kind of day we’re having.

That’s why having an empowered relationship with them is central to a good life. We replace inner struggle with peace. We increase psychological coherence and integration. We re-claim energy and mental focus and transform consciousness.

You might be thinking, ‘ah, of course, emotional intelligence.

But EQ won’t cut it. We need a different model.

EQ has become popular due to the sweeping claims about its importance.

Yet, turns out a lot of the research is a little iffy.

On the positive side, emotional intelligence has brought awareness of emotions into the workplace and leadership. On the negative, embracing EQ as the gold standard has kept us stuck. People don’t know about the EQ downsides. Again, and again, they’ve been told how good it is. So, they may not recognize its issues – even when they’re experiencing them. Or they may think EQ is as good as it gets.

What we don’t know can harm us. It can keep us unnecessarily stuck in places we would choose to move past if we had the right information. That’s why I’m exploring the limitations and pitfalls of emotional intelligence in a series of articles.

Each article will look at a different aspect. We’ll delve into issues such as why EQ may be a case of trying to solve a problem with the same level of thinking that created problem. Why it doesn’t resolve emotions.  How it may lead to increased suppression, repression and blunting of emotions. Why it can create overwhelm and exacerbate over-responsibility.  How it’s mistaken awareness as the end goal. Why it can increase self-doubt. We’ll look at research that highlights surprising issues with EQ. And why understanding emotions in the broader context of things like thought, brain states and unconscious will deliver better results.

We’re going to start with one of the pitfalls of EQ particularly relevant to leadership.

Turns out that emotional intelligence, especially high EQ, may be better suited to followers than leaders.

People with high emotional intelligence are good at following rules and procedures. They’re skilled at building relationships and working along with others.

What they may lack is the nonconformity and unconventionality to challenge the status quo.

Empathy can become a handicap and burden to a leader. If you become overly focused on maintaining good relationships, it can hinder your ability to drive change and make unpopular decisions for the good of the company.

You may become so cued into the feelings of others that you (consciously and unconsciously) begin to avoid actions and discussions that might cause people discomfort or stress.

You may find it hard to give critical or negative feedback to others. I see this issue quite often. Leaders get stuck in a frustrating situation with their people not realizing that they’re the bottleneck because of their unwillingness to have difficult conversations. Honesty and openness create trust. To be able to deliver difficult messages well and with authenticity and goodwill is the hallmark of a good leader.

The more you relate to others through your emotions, the greater the chance of you disconnecting from your critical thinking skills and your own knowledge and wisdom. You’re more likely to go with the flow and avoid conflict, confrontation, and risk.

On top of this, research suggests that higher emotional intelligence correlates with lower levels of creativity and innovation.

That’s concerning for leaders because a key part of your role is holder of bigger pictures.

CEO’s often cite innovation and creativity as some of the most important skills in today’s fast changing marketplace.