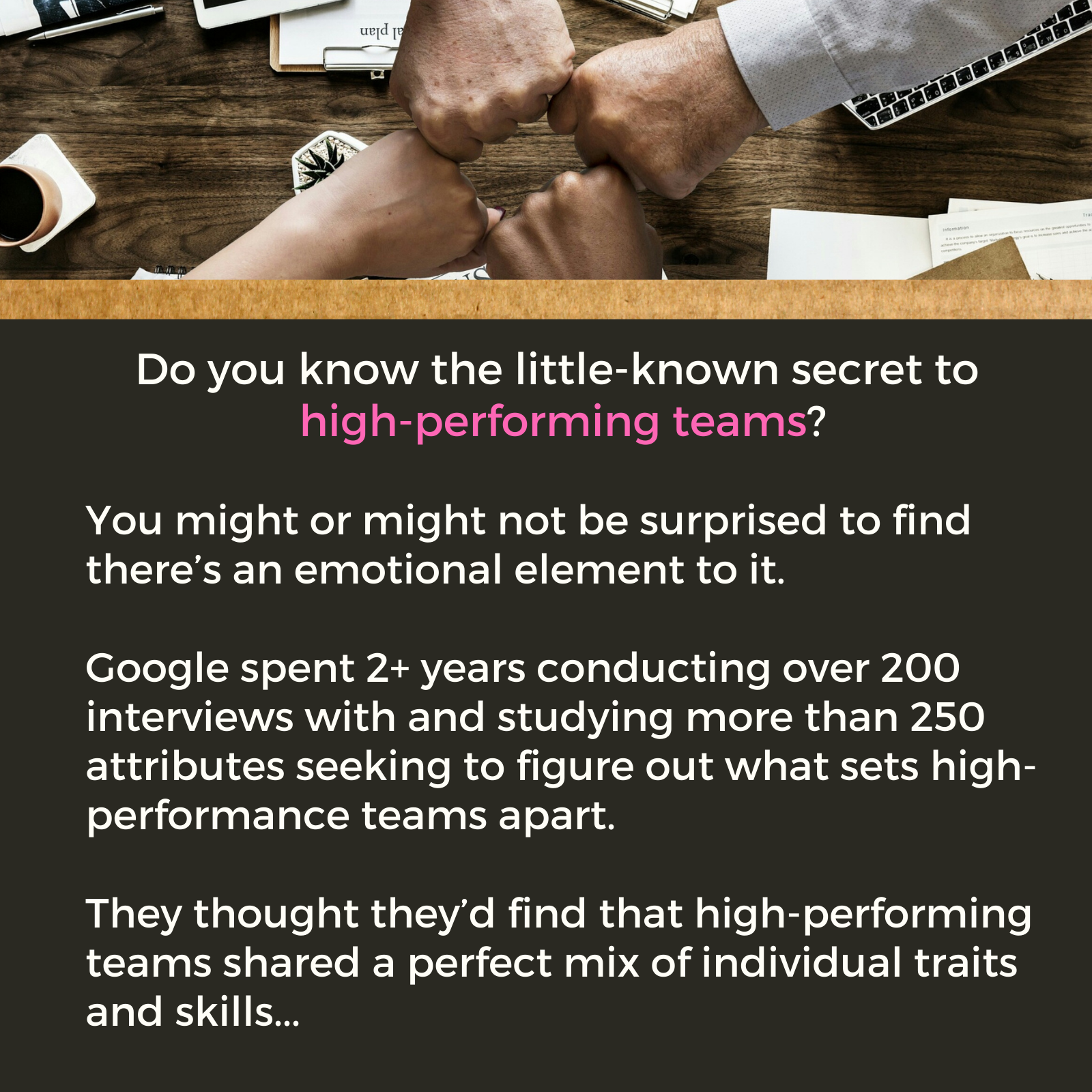 Do you want to know the little-known secret to high-performing teams?

Google spent over two years conducting more than 200 interviews with and studying more than 250 attributes seeking to figure out what sets most effective teams apart.

They thought they’d find that high-performing teams shared a perfect mix of individual traits and skills. The idea of assembling a dream team.

What they discovered that who is on a team isn’t as important as how team members interact, structure their work, and view their contributions.

They found 5 key dynamics that set the most effective teams apart:

Out of those 5, psychological safety was far and away the most important.

In fact, it’s the underpinning of the other four.

Psychological safety may sound simple, but our fears of our competence, awareness and positivity being perceived poorly are pretty strong. It affects a lot of our behaviour in a day.

People on teams with higher psychological safety bring in more revenue, capitalize on diverse ideas more often, are less likely to leave the company, and are evaluated as effective twice as often by executives.