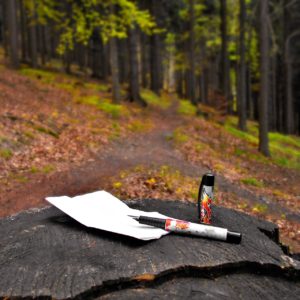 Copywriting (and marketing) is powerful stuff. Done well, it connects people to higher ideals and changes lives and cultures.

Take the Nike ad campaign, ‘Just Do It’, for example. ‘Just Do It’ gets it power from linking to Nike’s mission – to inspire people to participate in sport. Just Do It is powerful because it links to that greater vision. Yet the effect of the ad was a surprise even to Nike.

People read more into ‘Just Do It’ than sport. Nike started getting letters from people whose lives had been touched by the ad. Women wrote Nike saying they’d been inspired to ‘finally leave the bum.’ Others overcame emotional problems, rejuvenated their careers and conquered fears of asking a girl to the prom.

George Lois, American art designer and director, summarized his experience in advertising in the 1960’s:

Market researchers have estimated that urban dwellers experienced 500 – 1,000 ads per day in the 1970’s. The current daily estimate is about 5,000 a day. Today, everything is an ad. We’re saturated with messages.

Since I’m in the business of persuading, educating, informing and motivating, I choose to put my creativity and skills behind positive change and larger visions of social good.