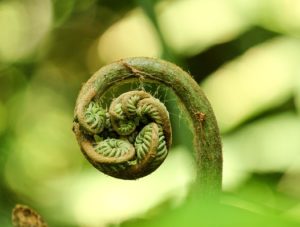 The news is out and it’s exciting: profit and purpose don’t live in separate quarters anymore. The question is no longer can big business afford to be socially responsible. The new question is ‘Can you afford not to be?’

Consumers are becoming increasingly vocal about wanting their purchases to promote social good. Products or services that just do the job won’t suffice—consumers are increasingly voting with their wallets on social and environmental issues.

Yet, it’s not just consumers. It’s also employees and business owners. We all want more.

We’re re-imagineering business. We want to create profits and have a meaningful impact on the world. We’re shifting to more complex dimensions – determining how brands fit ecological, rational, emotional, ethical, and even spiritual needs, while still creating profit.

Along the way, we’re discovering that:

Wanting more is obvious. Figuring out how to create more is the challenge.

Chip and Dan Heath, authors of Switch: How to Change Things When Change Is Hard say that the reason people don’t change isn’t because they’re lazy or stupid, it’s due to a lack of clarity.

“[S]uccessful changes share a common pattern. They require the leader of change to do three things at once: To change someone’s behavior, you’ve got to change that person’s situation…because people wear themselves out [trying to change]. And that’s the second surprise about change: What looks like laziness is often exhaustion…If you want people to change, you must provide crystal clear direction [because what] looks like resistance is often a lack of clarity.”

Provide that clarity and you set the stage for change to occur easily, even joyfully. That doesn’t mean there aren’t going to be bumps in the road – there most certainly are. It does mean that at the end of the day when you’ve arrived at your destination, no matter how grubby and covered in mud, you’re going to look back and think, ‘that was a good day.’