Higher Mindfulness is  about connecting more deeply to yourself, your life and the world, so that you can live life juicier, experiencing more peace, power and efficacy.

It works at both the individual level and the organizational.

No matter what I’m teaching – deepening intuition in business, authentic leadership, avoiding executive burn out, better decision making or something else – there are underlying elements that tie them all together. 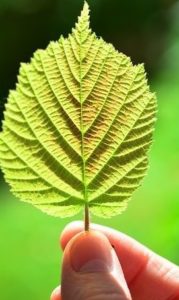 The concept of awareness is probably the foundation of Higher Mindfulness. I think of it as something much richer than the idea of being in the present. In fact, ‘being in the now’ is a misnomer which can cause harm.

The concept of ‘being in the now’ has helped many people slow down their mind chatter and bring back their focus from the past or future. However, when misapplied, I’ve also seen it resulting in a ‘fractured’ consciousness or used as mental control over emotions that puts you in a fight with yourself rather than a coming home to yourself.

At best, it’s a limited concept because there is no single ‘now’. Consciousness is multi-layered and complex.

For example, as you’re reading this, you’re probably in a beta brain state. You could slow your brain waves to alpha, even slower to theta or into the sleep-state of delta. You could also move your awareness to your physical body, your emotions or your thoughts. You could be aware of the sounds and activities going on around you or even things beginning to bubble up from your subconscious.

Awareness is the first step to transformation. Without awareness, you remain oblivious to ways you’re functioning in autopilot, reacting rather than choosing, in limited ways of thinking and acting. Lack of awareness keeps you oblivious to things that aren’t working or aware that something is ‘off’ but unable to change it.

Radical awareness is power. It enables you to be able to improve your skills and life . It empowers you to understand the many levels of consciousness and to be able to choose where you put your awareness in the moment to achieve your goals. That opens you and your life to entirely new possibilities. 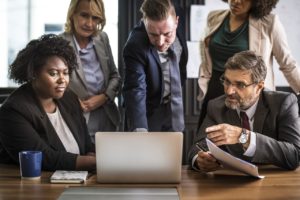 Personal development is most powerful when it’s practical; that is, directly connected to the transformation you want so you feel more competent and satisfied in your daily expression of life.

As well, there’s a huge difference between knowing something mentally and embodying that learning. Our knowledge often remains in our heads. You can spend years with a mental understanding of something, yet never really have learned it.

Embodying knowledge takes it to a new level that creates transformation. It’s the difference between knowing something mentally and living it. Embodied learning means living it in deeper and deeper ways.

Even those of us who’ve taken time to define things like purpose, vision and values, still tend to operate from pain-avoidance or fear-based living.

Pain-avoidance mode isn’t all bad – in fact, it likely played a big underlying role in getting you to your current place of success. Still, this mode makes really thriving unlikely.

First off, fear-based living takes a lot of energy. You’re constantly struggling against yourself or something else in the world. It’s a nose-to-the-grindstone approach that is exhausting and leads to burn-out.

Secondly, it’s not a satisfying way to live. It doesn’t deliver you to greater alignment. And try as you might, you’ll never quite have time and space for that higher level of living you’re yearning for.

Adventure-based living reduces inner conflict and struggling against yourself by moving away from the idea that there’s ‘something’ to fix, a problem to be solved that keeps us looking backward, to recognizing that evolving is your natural state. It’s a paradigm shift: rather than a struggle against, it’s an invitation toward thriving. Rather than pushing parts of yourself away as enemies, you’re gathering them in as allies and integrating and welcoming them home so that you cease to struggle against yourself, reducing your inner conflict. There isn’t and never was anything wrong with you; you’re just distilling your essence.

That may sound simple, but it’s a game changer. You regain your energy and space to play. Under a adventure-based approach, things you previously viewed as shortcomings and negativities become gifts – providing fuel for where you want to go and how you want to be in the world.

4. Some Kind of Bigger Consciousness

When Mindfulness went corporate, it was secularized. And that was effective. It opened up the practices to whole new audiences that might have been put off by spiritual trappings.

But something was lost in the translation to secularization.

In Higher Mindfulness, we add that piece back by recognizing something greater: a deeper consciousness that exists within ourselves, in connection with others and beyond us. 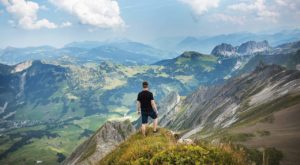 It’s not tied to any religious or spiritual teaching. And, in fact, we may never even talk about it in training. But it’s there if we need to. It adds a transcendent quality. Higher Mindfulness can take you places you just can’t go with Mindfulness.

If you’re anything like me, you’re a lifelong learner. You revel in learning.

But the place I thrive is on the cutting edge. And so Higher Mindfulness is about playing at the inner frontier: where the mystery of life meets the mastery of life. How much of your human capacities lie dormant? How do we make self-actualization practical? What does that look like for you, in your life?

If you’re yearning for a transformation, what got you to your current level of success is unlikely to get you where you want to go next. In order to evolve up your ladder of growth, you’ll need new tools and knowledge that enable you to make the climb.

Real, substantive growth happens much more easily with support. Besides providing tools and new skills, support plays a big role in transformation by: 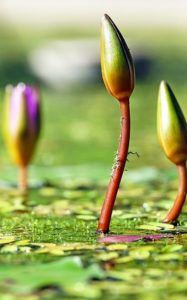